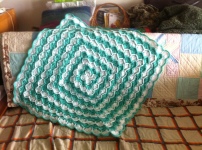 I would ‘normally’ be all for Canada, who apparently never made the cut this time, then Scotland or Wales, then England. After that, the Netherlands, then Spain. So I’m not doing so well this time around . . . maybe the women’s cup will be better. I watched most of the games last time and the Canadian team were brilliant! Christine Sinclair, oh, my! I like the futbol and I like Aussie Rules rugger (no accounting for tastes, eh? especially for a mostly non-violent sort)  😉  Otherwise, I prefer the individual sports; dressage, show jumping, ice skating, skateboarding, footbag, etc. Not much into sheer brutality, but have seen a few hockey games that qualified as sport. Most memorable was the series between Canada and the Russkies way back in another century . . .

.I was a bit ticked off this time, when England lost and the announcers said England was packing their bags to go home. I took it literally . . . fool that I am! Nearly missed their next match . . .

And a great sporting song:  The Clash of the Ash!

The last shot of this video is well worth watching!

12 thoughts on “for Narfie and the Rabid Little Hippy”