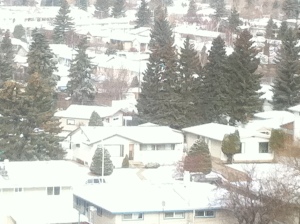 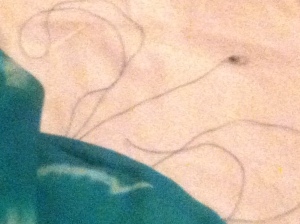 Two photos of the ‘Project’ that I’ve been referring to for some time now . . .

that was part One. 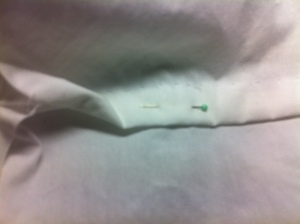 Part Two of the same Project.

And now, here is the Happy Mail being readied for my trusty raven to carry west and south to the lovely new owner, The Contented Crafter, Pauline! 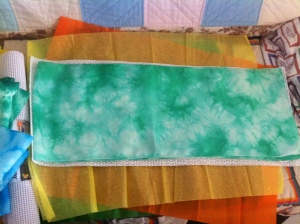 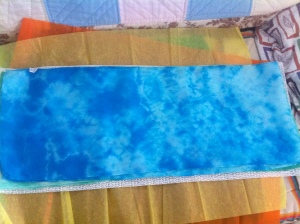 Those are the two scarves she purchased from my Etsy shop. 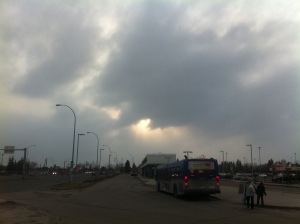 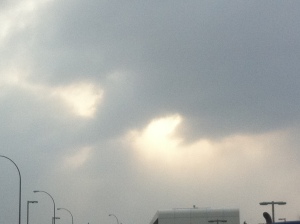 Walking back from the local outlet for ravenpost.ca, I spied an amazing raven in the sky to the west. I think that was Pauline’s box on its way already . . .

I took that as a good omen on an otherwise rather trying day (not Pauline’s parcel, believe me; no, just some stuff going on in my life), so after I arrived home, I was checking out the Etsy store run by Sarah of the Frühlingskabine micro-farm and spied the most perfect little raven  necklace. After the stress of the past few weeks, and then the happiness of having some financial stuff with the government finally resolved (after nine months!), I took that sky as an omen and purchased the necklace. That was my very first Etsy purchase, too. Ravens are important to me for my own historical reasons (to be blogged about in future) and because of their importance in Norske mythology.

If you’re curious, here’s a link to the necklace.

The full line is “There is much deception in the world” and the song is about what happened when they signed a contract (in their early days) with an unscrupulous English producer from southern England. Once that contract was done, they went back to managing their music themselves. A good lesson for us all, eh?

See you soon, my friends.

24 thoughts on “Happy Mail via ravenpost”